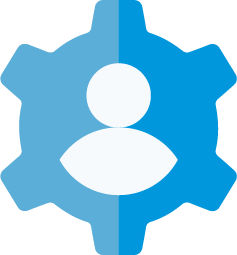 Move Fast and Get it Right

That's the motto of the leadership team as well as the spirit of the young developers. The experience capital of the company management with the wit of the best educated generation of young digital natives merge into a successful unity - that happens with us every day. 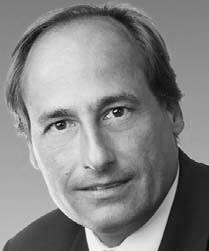 The Board of Directors is headed by René F. Grübel. He is a genuine Swiss and unites the down-to-earth nature of the canton of Appenzell with the cosmopolitan international fluency of a hugely successful international business background with a focus on accounting and controlling. But his outstanding strength, beyond the purely technical, is always to convey the best solution without pressure. Because: Business is people - one rightly says. And "bringing people together. That's what I do." is René's very special talent. Associated with the fact that this bringing together is accompanied by the best motivation.

René also works as managing director of the non-profit Brunau Foundation. Before this activity he was active in various well-known and internationally oriented enterprises as a managing director and finance boss. In addition, he is responsible for various board mandates and has been an auditor for many years in the swiss federal diploma examinations for experts in accounting and controlling. René also advises our company in the field of corporate governance. 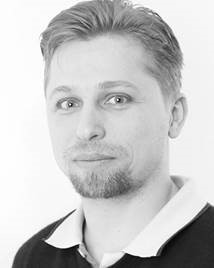 Heinrich is the CEO of Aimondo AG. Already at a young age, the now mid-30 year old created combined hard- and software as tuning kits for game consoles, had them manufactured in Asia and sold in Europe via the Internet. That was around the turn of the millennium. The company was established in Spain and later sold to a Spanish electronics company.

Later, he founded a SEO company in Hong Kong, dealt with day trading and further developed software for various online applications. All with the latest technology and with the involvement of internationally available developers, which he recruited as free lancers from the developer communities. Back in Germany, he worked as director of a US-American tool supplier and reorganized online sales from scratch. With new, expensive shopping software, management's need to raise sales and profits increased. Since the market did not provide a business-intelligence and dynamic pricing solution that satisfied Heinrich, he created the first prototypes of Aimondo together with the freelance developers from "old days" on the basis of his already existing library of several AI modules. With success. International subsidiaries of the US group have been using the technology on a daily basis since 1996. And write deep black numbers.

Today Heinrich is also the managing director of Aimondo GmbH, heads the technical development and leads the development team to top performance. Still supported by freelance module developers all over the world.

He created the motto: "move fast and get it right" as the success formula for the Aimondo team. 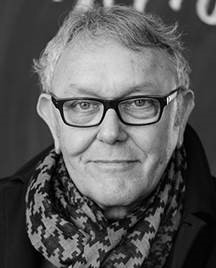 The internationally experienced businessman, product designer and manager has passed the age of 60 - he combines decades of experience with intensive IT knowledge and is still at home in advanced technology solutions. Manfred had his first company in the water sports sector at the age of 20 and was one of the pioneers of the windsurfing community. Later he designed and sold fashion, shoes and sportswear. From our own creations to top brand sales. He has been fascinated by computer technology since the mid-1980s. The result was a PC production, a company for professional electronic communication and already in the mid-1990s a first online shop. Manfred developed his own hard- and software especially for the telecommunications industry and in message broadcasting.

Later he advised telecommunications groups at board level and created his own call center technology with appropriate business models. His book "Börse" was published in 2002 by the Suhrkamp Verlag and became one of the books with the highest circulation in this specialist book category.

For several years now, he and Heinrich Müller have been working together on a number of projects - which has enabled them to get to know and appreciate each other.

Today he is COO of Aimondo AG and Managing Director of a Cypriot technology incubator company TTIP Ltd, whose business purpose lies in its name - TTIP is the abbreviation of Technology Transformation & Innovation Partnership. It is the founding company of Aimondo AG.