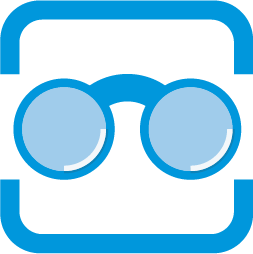 We have a clear roadmap. In the first quarter of 2018, the parent company Aimondo AG was founded in Switzerland. The formal takeover of the German GmbH took place at the end of 2018. Internationalisation will begin in 2020 and the first listing on a stock exchange is planned for 2021.

The companies day-to-day management is in the hands of three people who master technology, financial management and internationalization through knowledge and experience. The Articles of Association provide for the worldwide management of the Aimondo companies. They also provide for the strengthening of financial power while maintaining strategic control – supported by a strong advisory council. The Advisory Board will consist of a maximum of seven persons who have entrepreneurial experience, international contacts and scientific project accompaniment qualifications.

A small portion of the shares will be issued in the form of a private placement to “Family & Friends” in a limited, non-public offering.

In the third quarter of 2018, the structures were implemented and stabilized to carry the Aimondo online concept out into the world. Some of the strategically important, internationally active customers from various industries are the first to receive the Aimondo technology. At the same time, the standard concept will be implemented, enabling companies around the world to unleash the full power of free or low-cost growth through the best business intelligence and dynamic pricing. These actions are accompanied by highly targeted multilingual online advertising campaigns. Based on these experiences and references in the blue-chip business as well as in the broad spectrum, the cooperation of medium and large online companies in many countries can be derived in such a way that Aimondo’s own companies or sales partners in these target countries can be activated on a secure financial basis.

Since November 2020, additional requirements for a subsequent stock exchange listing have been created and prepared. This also included the previously initiated collective safe custody, which enables the transfer of the participation certificates, which were previously securitised as documents, into securities accounts.

In addition, the performance marketing of the operating business was significantly expanded. At the same time, the prerequisites for the previously agreed steps towards a listing in a regulated capital market at a later stage are being prepared, talks with one of the major stock exchanges are being intensified and initial negotiations with a so-called “capital market coach” are being initiated.